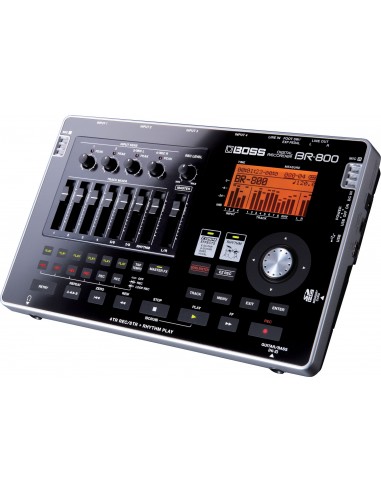 BR800
In Stock
£339.00
The Complete, Portable Music-Production Solution BOSS continues its top-selling tradition of portable, affordable multi-track recorders with the new BR-800, a battery powered studio to go. The sleek new design is made possible by touch-sensor switches and SD-card media recorder.